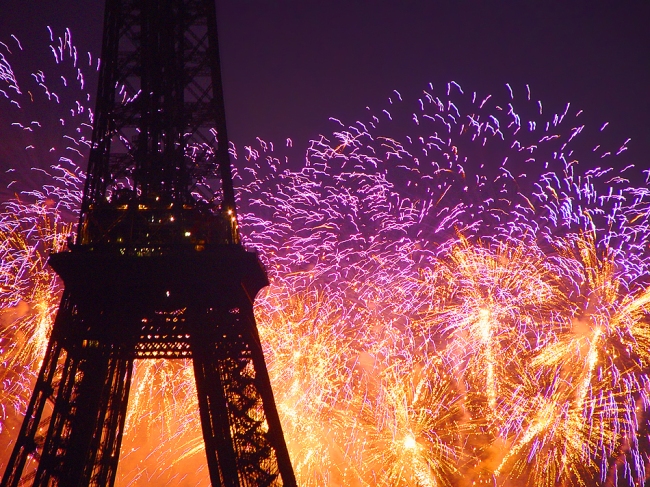 January is a time for resolutions and diets. I love resolutions. Diets, not so much. If one of your new year’s resolutions is to start a journal, complete a rough draft or begin a blog, I’ve put together four of the best pieces of writing advice that I’ve ever heard, read or stolen.

1. Feel the Fear and Create Anyway

Making art is scary. In fact it’s so frightening that most people aren’t able to muster the courage to begin. How many cocktail parties conversations have include the phrase “I would love write a book but I don’t have the time, talent etc…”?

Contrary to common belief, everyone has a creative capacity within them.  Yes, even you. And if that creativity goes unused for any reason, who know the masterpieces the world will unknowingly miss?

Once you accept that the art of creation comes with a wheelbarrow of fear and terror, somehow that nasty monster under the bed becomes a little less scary.

Or to quote the wonderful Anne Lamott, “the only way I can get anything written is to write really, really shitty first drafts.” No one sits down to the computer and writes anything that without revision and editing should see the light of day. Instead, sit with the fear and write whatever comes out. Don’t judge it. Just continue. Put one word down after the other. Turn off the inner critic or at least drown it out with loud music, prayer or your family’s pleas for attention. You have to teach yourself how to get down word after word on the page, screen or tablet until a sentence finally appears on the page. That’s the only way the next War and Peace or even 50 Shades of Grey will be written, one word, sentence, paragraph at a time.

I used to fantasize about living in a writers’ colony. In my mind it would be a cross between a spa and a meditation center, where meals would be delivered to my door and my living quarters scoured daily by invisible elves.  But the truth is that art is made by ordinary people and our writing lives are not lived in writers’ colonies, no matter how pleasant the fantasy. We live amongst loud telephone calls, banging pots and quarreling children.

With chaos as a constant, you must set a time everyday to write. I like to work early in the morning before everyone wakes up. Others work late at night. Whatever time you choose, make your daily goal small. If you miss a day, forgive yourself and restart the next day. Don’t try to make up your lost time, it won’t happen. Instead you will find yourself frustrated and even more afraid of the double word count in front of you. Shrug off your missed time and continue. Remember, if you write only 150 words a day you will have written a novel in one year. Small efforts daily add up to much more than the occasional Herculean effort.

It is easy to give up. You say to yourself, “if this project was really meant to be then it would be easier to write…” In fact, nothing is further from the truth. To quote the award winning author Neil Gaiman, “Whatever it takes to finish things, finish. You will learn more from a glorious failure than you ever will from something you never finished.” Sometimes it is right after things get tough, that things get right.

Wishing you all a new year full of projects completed and dreams realized!